What are the risks of cervical disc replacement surgery? 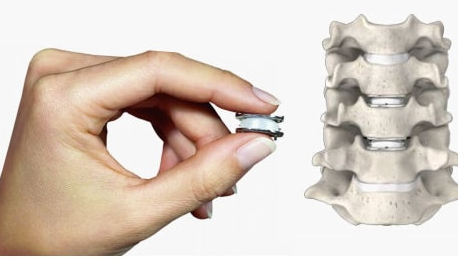 The surgery of the herniated disc, when we choose an anterior approach, will allow us to perform a procedure called arthroplasty, which requires to change the disc that we have removed by a mobile disk that simulates the movement.

Any surgery involves certain risks and whenever a surgeon indicates this procedure is because the risks are minor or much lower than the risks of the pathology. Cervical disc replacement surgery is a minimally invasive procedure; therefore, the risks are also few but important. For an earlier approach the most relevant risks are to damage the structures through which we have to go to reach the disc. It could be the airway, the digestive tract, a nervous part, especially in relation to the recurrent nerve that can originate afonias or, the spinal cord injury. If we talk about a later approach, the risks are minor, for example only a root lesion.

In general, recovery after cervical herniated disc surgery involves a short period of time, because it is a minimally invasive surgery. In case of anterior approaches, we use natural corridors so that no muscle is touched, and the patient usually has an income of 24 to 48 hours and can soon reestablish a normal work activity in a period of around 1 month, always when physical activity is not very demanding in your work. In case of posterior approaches, the patient has a delayed recovery because we have to cross the muscle through small tubes but, usually in 2 or 3 days the patient is able to do a more or less normal activity.

A critical aspect to avoid the complications derived from artificial disc replacement surgery is the careful selection of patients by the surgeon. At present it is believed that the best candidates for disc replacement are adults with a symptomatic degenerative disc at only one level. Patients whose bones are not as resistant due to aging, or some bone disorder, may have problems if the implant establishes on the soft bone. As a consequence, these people are not considered as optimal candidates for this type of procedure. Since there may be implant movement, patients who have one vertebra sliding over another (called spondylolisthesis) are also not considered candidates for an artificial disc replacement. Currently, the clinical diagnoses that seem to be the most suitable for artificial disc replacement include symptomatic degenerative disc disease and post-discectomy syndrome. Post-discectomy syndrome is a persistent back pain after surgery to remove a herniated disc. 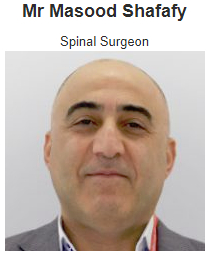